Are there simply tons of sports you’ve always wanted to try, but never quite got around to it?  Here at Do It Crowd we want to give unusual sports a spotlight and tell you more about them so you can give them a try…

Modern fencing has it’s roots in Spain and swordsmanship actually dates back as far as 1300! In fact the phrase ‘fencing’ comes from the latin term ‘defence’.  In the 18th century, fencers blunted the end of their swords so that they could practice fast and elegant thrust fencing and in the late 1700’s fencing became a sport, a hundred years later it was then added to the Olympics.

What are the different types of fencing?

Fencing uses three weapons and is divided into three competitive classes: foil, sabre and épée. Foil is a light, thrusting weapon, originally this was used by training soldiers, sabre is a cutting and thrusting weapon, targeting everything above the hips (except hands and back of the head), Epee is a heavier weapon and scores are given for hits anywhere on the body.

What equipment do I need for fencing?

Most reputable clubs will loan or hire out equipment to beginners, so it is not expensive to start.  Clubs will charge a small fee for membership, and once you’re getting good you can buy your own equipment one piece at a time.

Where can I try it out?

To find your nearest club check out the listings on the Do it Crowd map, to get more information on the sport and news check out the British Fencing Association’s website or look at the latest listings on Do It Crowd.com. 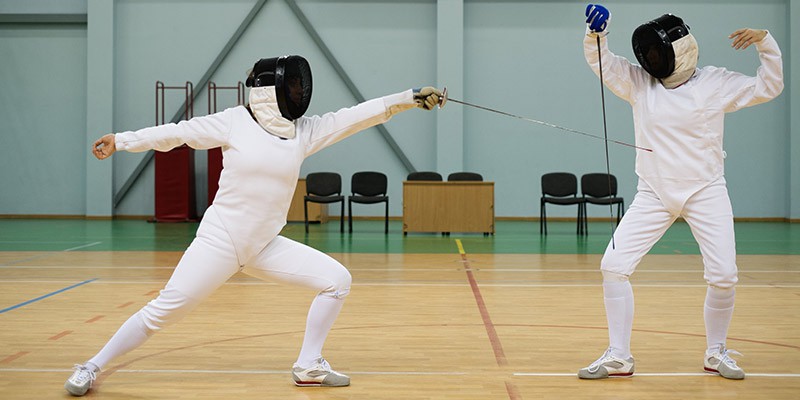 Never miss out on any of your favourite activities and sporting events ever again, Sign up to Do It Crowd today and start using our exclusive features.